The renowned Italian composer Ottorino Respighi (Bologna, 9 July 1879 – Rome, 18 April 1936) is perhaps most well known for his Roman Trilogy: Fountains of Rome, Pines of Rome and Roman Festivals. His music in the twentieth century signaled the rebirth of Italian symphonic music and a restored appreciation of Renaissance and Baroque musical forms. His orchestral works are thus considered the culmination of the Italian symphonic repertoire. Equally important, Respighi embraced the continuity of tradition with a love of the ancient world, and thereby promoted a revival of musical ideas within the context of late 19th and 20th century elements. Respighi’s prolific compositional output includes about 200 works (including symphonic music and operas), about three dozen transcriptions, and a handful of unfinished works. 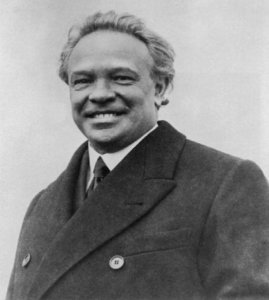 Respighi was first noticed with his orchestration of the Lamento di Arianna by Claudio Monteverdi (1567-1643), which premiered in Berlin in 1908 under conductor Artur Nikisch. The performance received wonderful reviews by the Allgemeint Musikzeitung and the Berliner Tageblatt, boasting Respighi’s magnificent elaboration and orchestration. Respighi then aroused national attention with the premiere of his opera Semirama in Bologna on November of 1910, where Pizzetti wrote: “…one can say with certainty, that with his Semirama Ottorino Respighi has demonstrated such quality tonight, in strong musicianship and also as a composer of opera, to have us believe that Italy will have in him one of the most respectable musicians of its near future.” …Then, in 1916, Respighi achieved international recognition with Fountains of Rome at the age of 37.

Ottorino Respighi studied violin and viola with Federico Sarti at the Liceo Musicale in Bologna, as well as composition with Giuseppe Martucci, and musicology with Luigi Torchi – a scholar of early music. Following his graduation from the conservatory (1900), Respighi travelled to Russia to become principal violist for the Russian Imperial Theatre Orchestra of St. Petersburg, for its season of Italian opera. During his stay, Respighi studied composition for five months with Rimsky-Korsakov. He then returned to Bologna to earn a second degree in composition. From 1908 to 1909 he spent some time performing in Germany to study with Max Bruch, before finally returning to Italy, and turning his attention entirely to composition.

Upon being appointed a teacher of composition at the Conservatorio di Santa Cecilia in 1913, Respighi moved to Rome and lived there for the rest of his life. In 1919 he married a former pupil, singer Elsa Olivieri-Sangiacomo. From 1923 to 1926 Respighi was director of the Rome Conservatory. In 1925 he collaborated with Sebastiano Arturo Luciani on an elementary textbook entitled Orpheus.

Feste Romane, the third part of his Roman trilogy, was premiered by Arturo Toscanini and the New York Philharmonic in 1929. Toscanini recorded the music twice for RCA Victor, first with the Philadelphia Orchestra in 1942 and then with the NBC Symphony Orchestra in 1949. As a result, Respighi’s music had considerable success in the USA. The Toccata for piano and orchestra was premiered (with Respighi as soloist) under Willem Mengelberg and the New York Philharmonic at Carnegie Hall in November 1928, and the large-scale theme and variations entitled Metamorphoseon was commissioned for the fiftieth anniversary of the Boston Symphony Orchestra.

In his role as musicologist, Respighi was also an enthusiastic scholar of Italian music of the 16th to18th centuries. He published editions of the music of Claudio Monteverdi and Antonio Vivaldi, and of Benedetto Marcello’s Didone. Because of his devotion to these masters and their styles of composing, Respighi is often seen as an exponent of Neo-Renaissance or Neo-Baroque traditions. Respighi typically preferred combining pre-classical melodic styles and musical forms (like dance suites) with standard late 19th century romantic harmonies and textures.

In 1932, Respighi was elected to the Royal Academy of Italy. He continued to compose and tour until January 1936, after which he became increasingly ill with a cardiac infection and died by heart failure on April 18 of that year at the age of 56. A year after his burial, his remains were moved to his birthplace Bologna and reinterred at the city’s expense.